Ana and Steve at Ventana 244 have done something quietly remarkable. 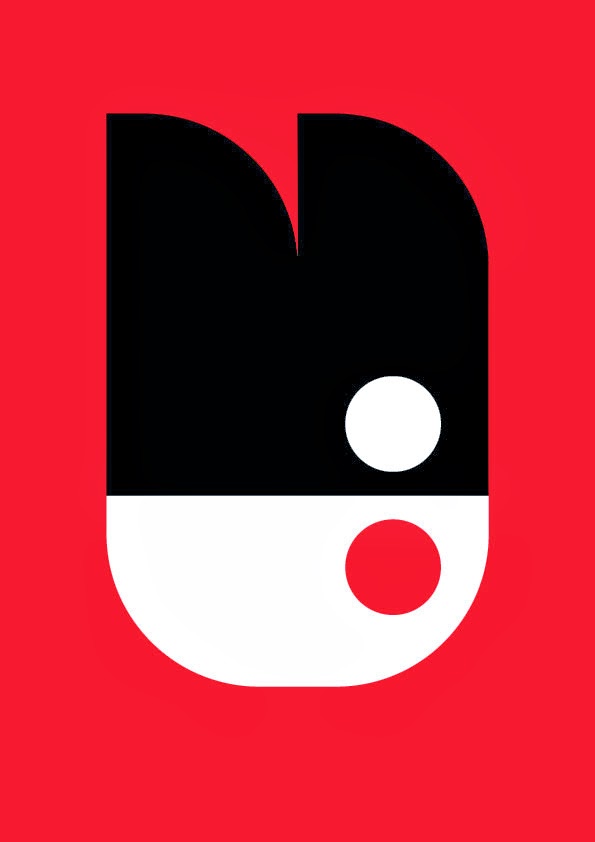 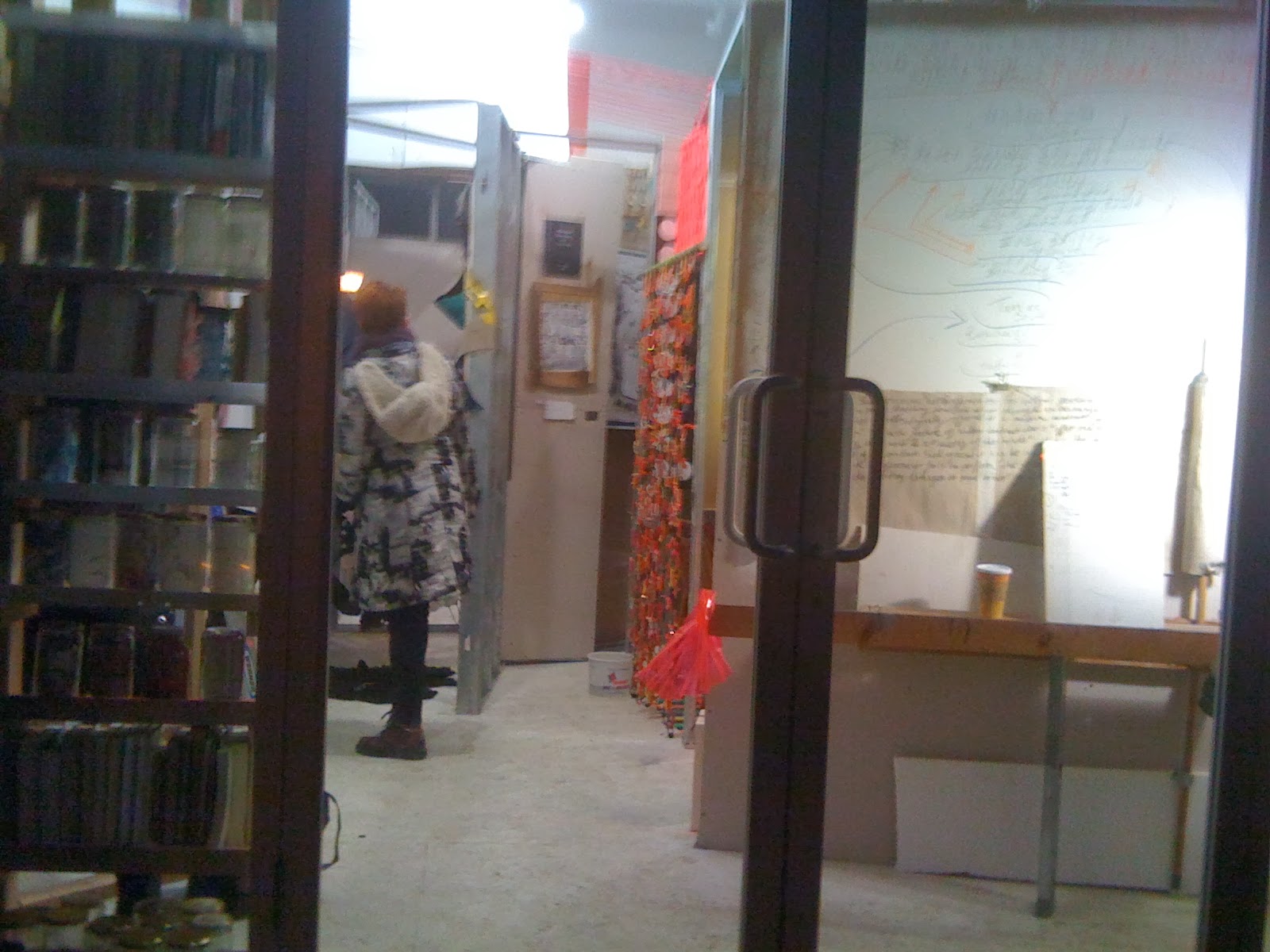 Over the past couple of years Ana and Steve have been inviting artists to collaboratively use their storefront space. The first installment was a gathering orchestrated by Dan Walsh. Since then there have been many such incarnations (I collaborated on one last year) and currently there is a massive in-progress/partnership coordinated by Peter Soriano and Philippe Richard entitled Real Estate, an ever-evolving installation, loosely inspired by Kurt Schwitter's Merzbau. At Ventana, through a conceptual twist their Merzbau explores the tension between artists and real-estate developers. 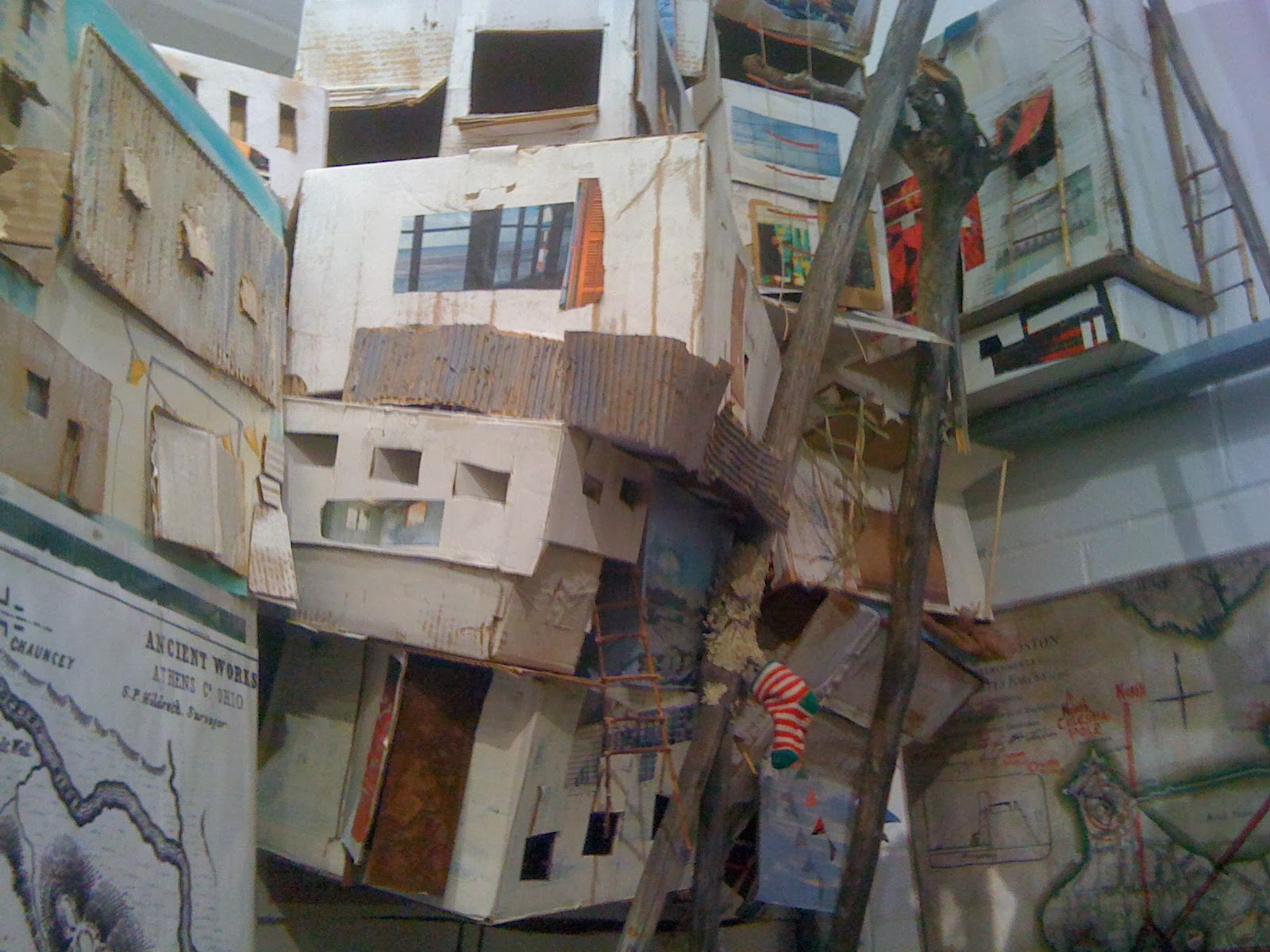 Soriano and Richard put together an initial working group of artists to take on the various roles of property developer, architect, general contractor, and branding specialist: all the trappings of current high-end development. 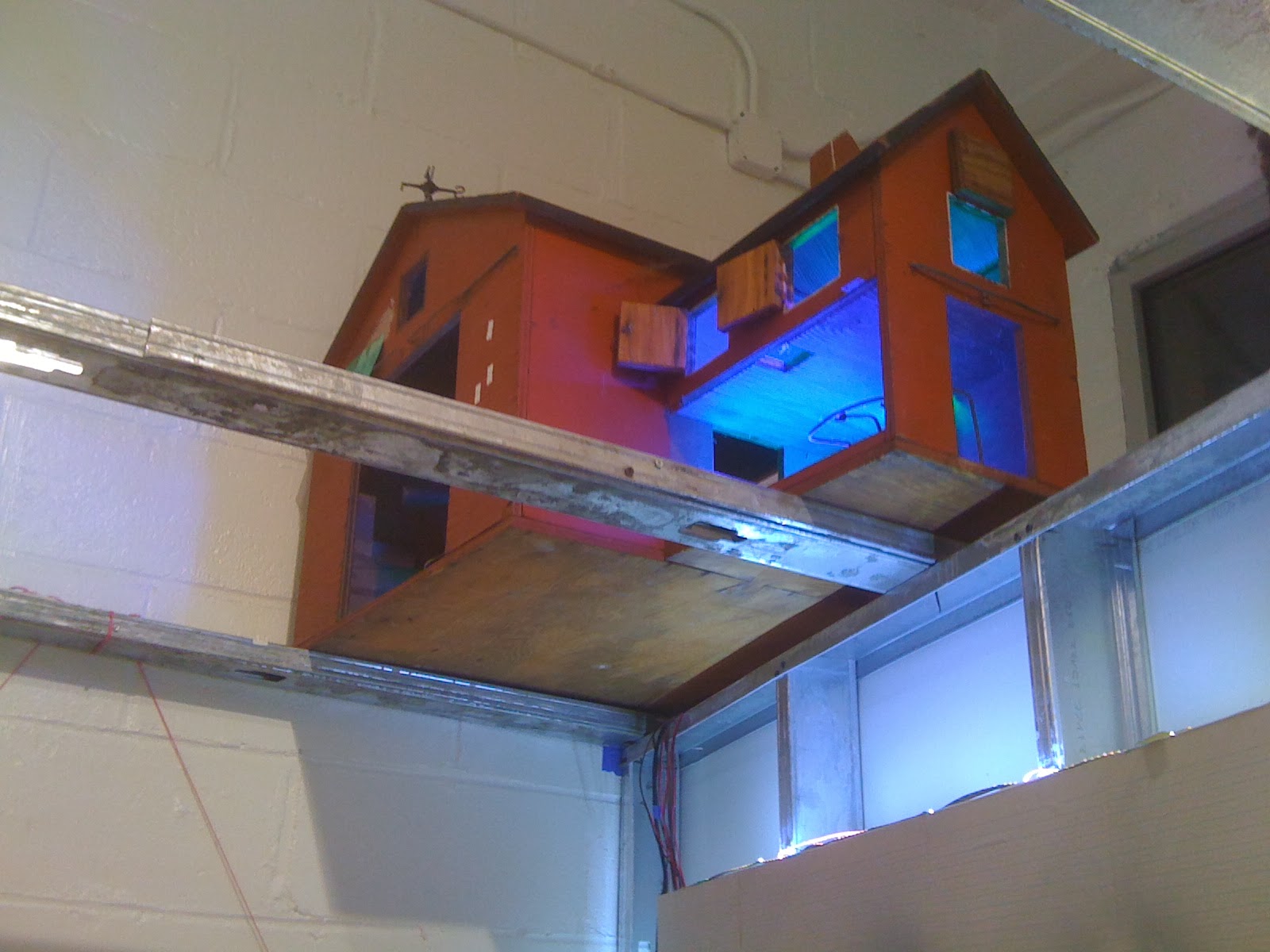 Once they had established their identities and transformed the ground floor space an “Open House” was held on January 24th. This unveiling, with the attendant-overflowing crowd, was more than an “opening”; it was an art world simulation of the Williamsburg condo buying frenzy. 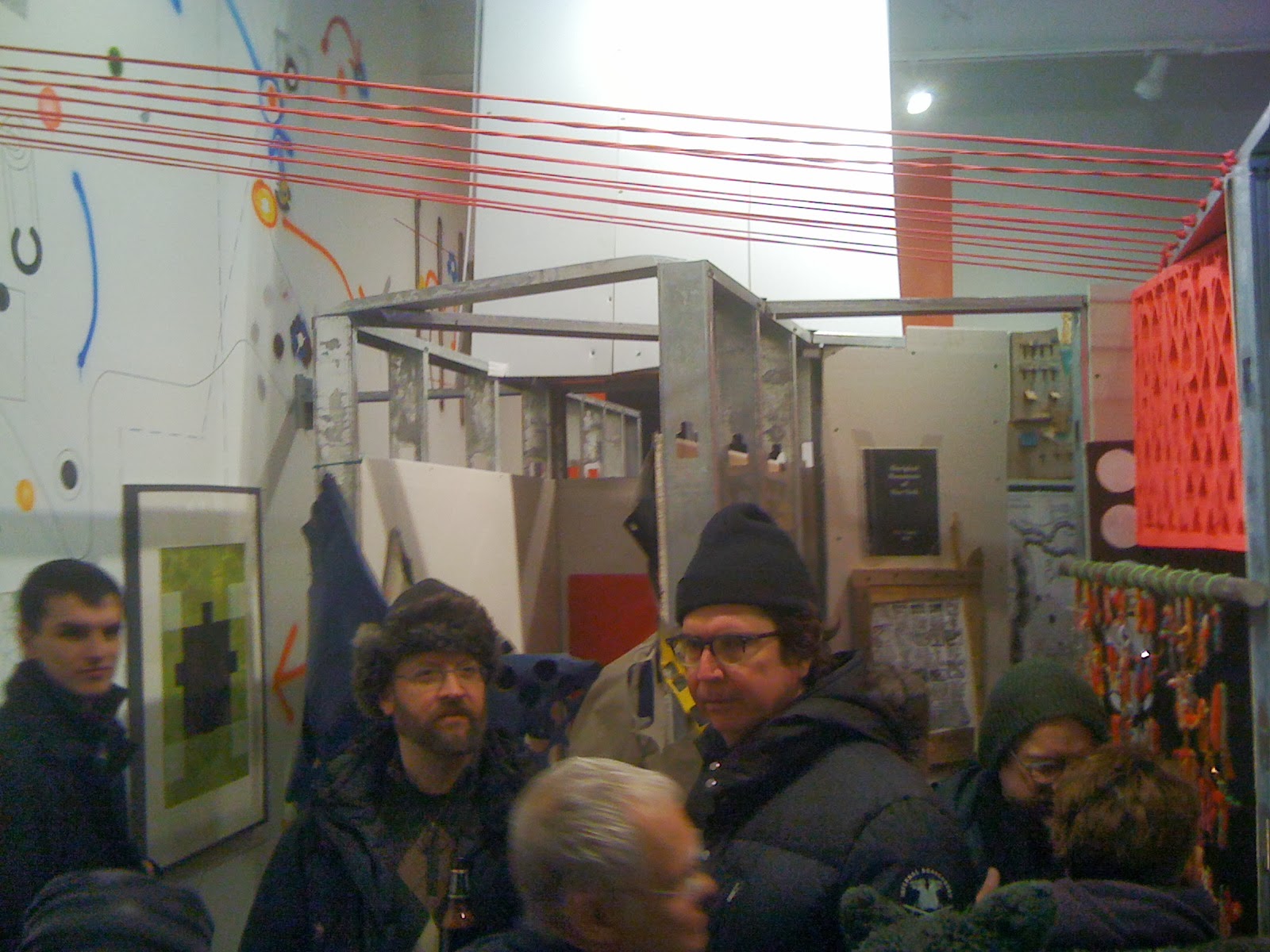 People lined up and packed the inside.

There will be a second phase to this confabulation. A new group of artists, who in the roles of tenants and sub-tenants, will renovate, expand, demolish, and/or subdivide the space. During the run of the exhibit an artist, in the role of a displaced tenant, will stage an independent, parallel exhibition outside the gallery.

Does Art Have to Pee Everywhere?

Art often takes over underused or abandoned industrial spaces. Making or experiencing art in places that have little or no previous art history provides a different context. Uncharted terrain and raw spaces, perfect fits for contemporary art. DIA Beacon took over a former box printing factory, MassMoca a former electronics plant and textile mill. Both in towns that have seen better days and are experiencing economic upticks because of their presence.
I grew up in a town that had no museum, no galleries. It was an art free zone. One had to imagine the art, for it was not there to be seen. When I went away to school it was always refreshing to return home, to be in that neutral zone, a no art district. But that has been changing. Artists seem to be everywhere now, and that means art. There’s no avoiding it. For example to showcase how art is coming to the rescue of Detroit (and propelling the city’s any-day-now comeback), its annual auto show is hosting an event in an artist live/work building that used to be a factory. Yes, culture has the capacity to transform urban environments (check out yet another article in The Times about Hudson) but does art have to pee everywhere?
Creative Time has plans for the Domino Sugar Plant! 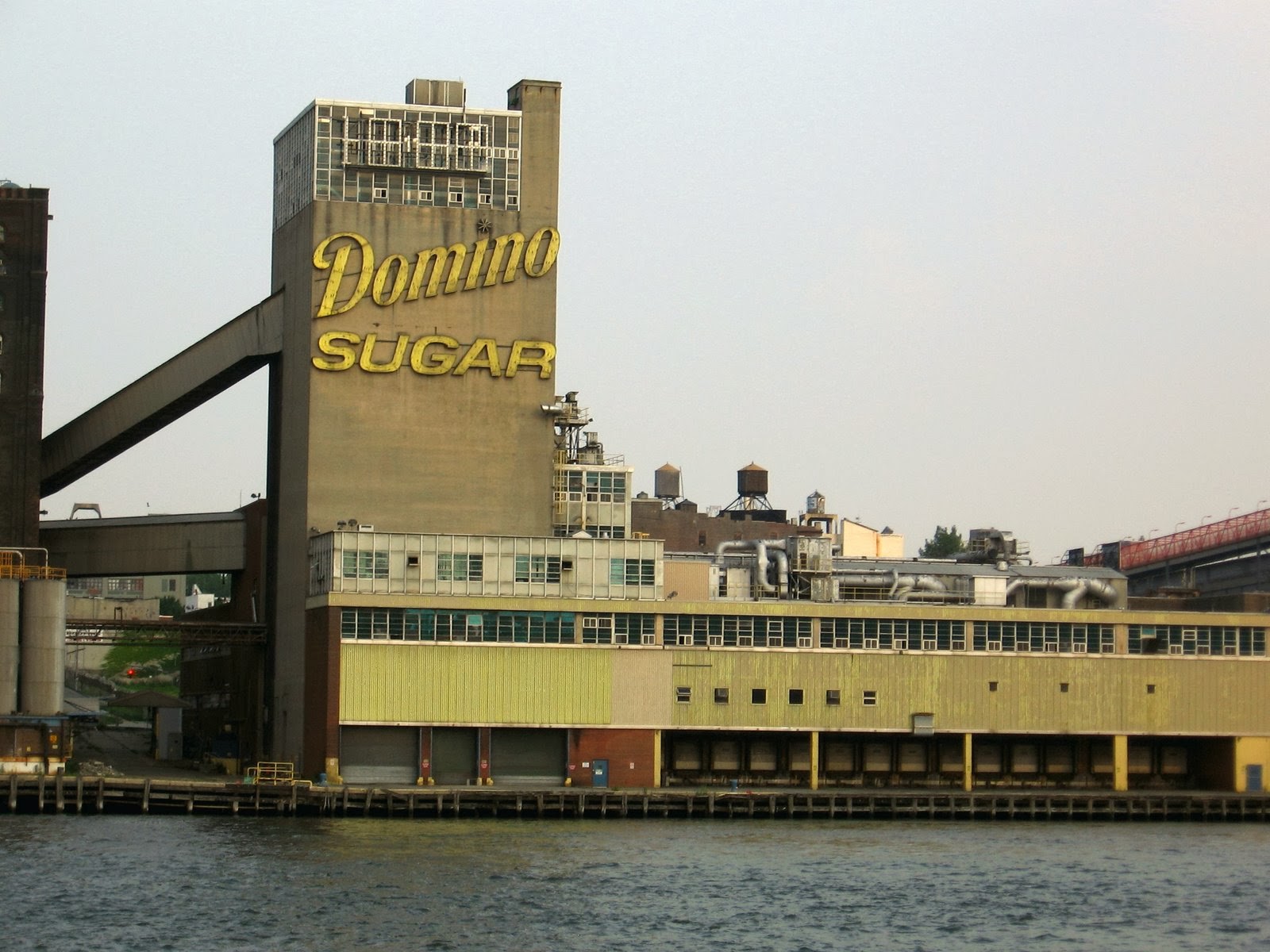 The Domino Sugar Plant is slated to be razed. But while it still stands on the Brooklyn waterfront, Creative Time has decided to commission art works for this gigantic former sugar shack.
One would love to visit this space open, unlocked and unadorned. To wander about. Day and night. In a cavernous no art zone.
But, then again, maybe that would be art as well. Funny how wandering about is art these days.

The Great Beauty and American Hustle

The Great Beauty:
It chronicles the days, but mostly nights, of an Italian writer, at home in Rome who instead of working on his next book gets caught up in a decades long party vortex with the accompanying nightlife miasma of good suits and debauchery. Of course the leading man, Toni Servillo, has a great party puss. And I guess an updated Fellini-esque film of Rome was overdue. But how did that stripper die? Midway through the movie the plot seemed ready to shift gears when she and Servillo meet, and then, poof! She’s gone. Dead. One suspects things will soon start to go south but by the time things really get bitingly cruel the fact that the film is running 30 minutes too long has long set in.
Was this a comedy? A satire? In a well-populated theater my wife seemed to be the only person who really laughed (once), although I’m sure many smirked now and then at the absurd antics and posturing of a people spinning their acculturated wheels and banging their heads (literally), against the stoic beauty of Rome.


While watching this movie I couldn’t help but think that if it was about an American writer, instead of an Italian, who had published a successful novel in the 60s and then moved to Rome with hopes that this ancient city would stir his creative juices… that could be an interesting and complex film. The actor of choice would be Christian Bale who in American Hustle transforms himself into an unrecognizably corpulent con artist. This Scorsese-esque comedy features a bunch of good ol’ boys in a laugh-out-loud entrapment farce.  All the actors are beauts. But the movie hinges on Bale, the hustler supreme. And Bale as an expat writer? Supine and adrift, his creativity unmoored by the giddy decadence of Roman vices. Now, that’s a creative thread I’d like to follow.
Posted by Peter Dudek at 11:46 AM No comments: 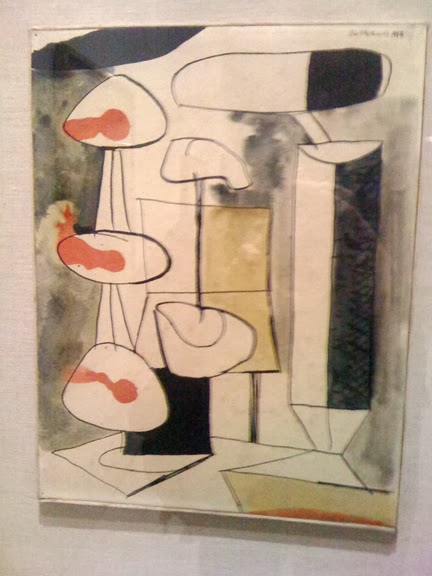 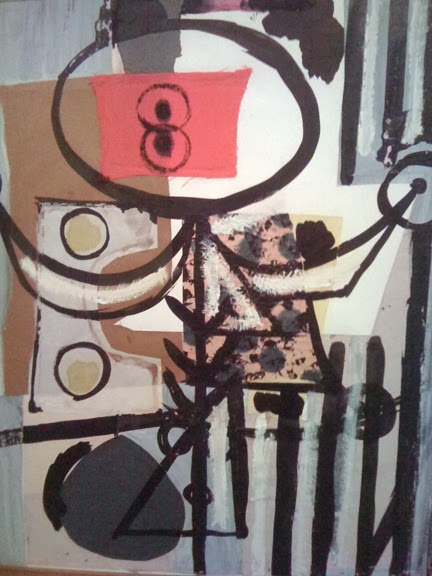 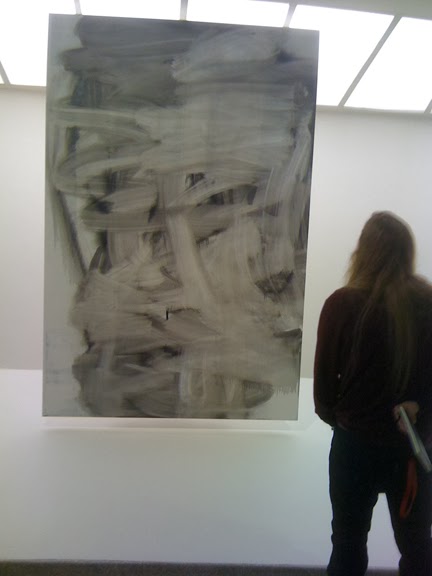 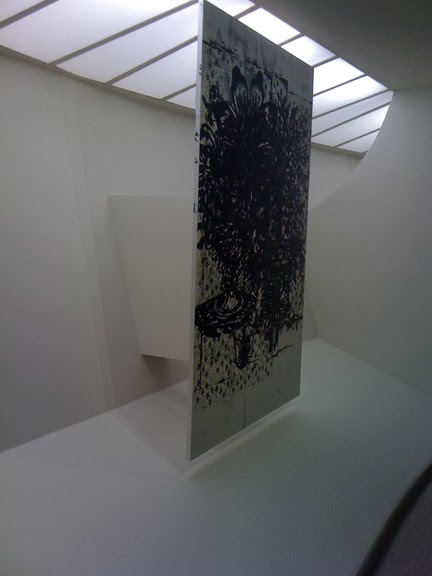 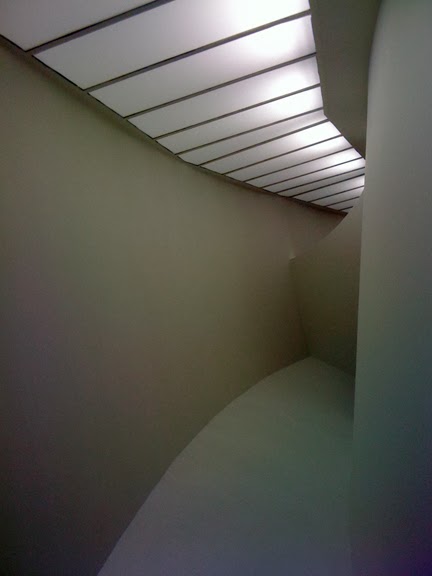 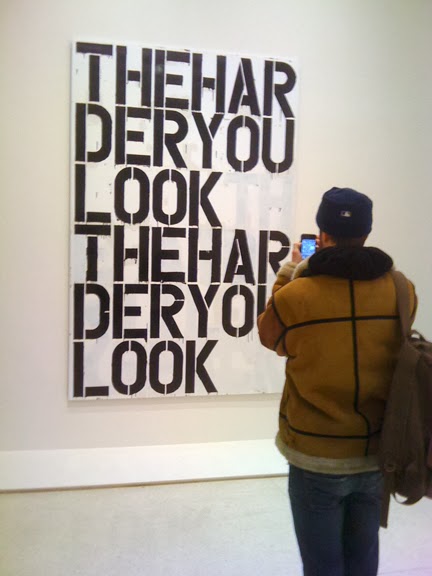 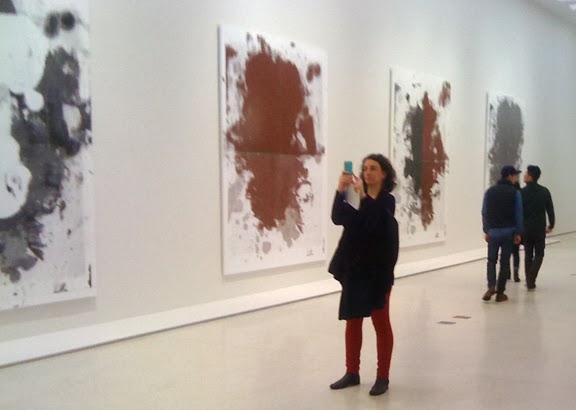 Posted by Peter Dudek at 7:48 PM No comments: